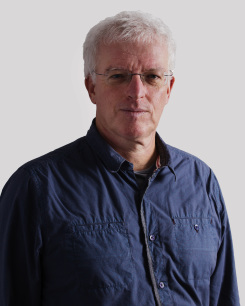 Nigel Jones is a historian and journalist with an expert knowledge of Nazi Germany, who has worked in newspapers, magazines, radio and television. He has written eight previous acclaimed historical books and biographies, including ‘Hitler’s Heralds: The Story of the Freikorps 1918-23’ (John Murray, 1987), revised and reissued by Constable/Robinson (2004) as ‘The Birth of the Nazis’ with a foreword by Professor Michael Burleigh. ‘Countdown to Valkyrie: The July Plot to Assassinate Hitler’ (Frontline, 2008); with an afterword by General Count Bertolt von Stauffenberg, eldest son of Col. Claus von Stauffenberg; and a brief biography of Britain’s fascist leader Sir Oswald Mosley (Haus, 2004).

Nigel is a former deputy editor of History Today and founding Reviews Editor of BBC History magazines. He writes and reviews regularly for these, and for many other newspapers and magazines including The Guardian, Observer, Daily and Sunday Telegraph, Daily Mail, Daily Express, The Spectator, New Statesman, Literary Review, the TLS and The Critic.

He has presented two BBC Radio Four documentaries. One on the Nazi Lebensborn plan, the other on the novelist and playwright Patrick Hamilton. He initiated and appeared on a filmed BBC 2 archaeological project, ‘Journey to Hell’, (2003) to uncover a Somme dugout occupied by the poet Wilfred Owen; and frequently appears on TV historical documentaries.

He has spoken at the Brighton, Oxford, and Cheltenham Literary Festivals, and the Chalke Valley History Festival; and has lectured and debated at the Imperial War Museum, the Royal Irish Academy, and the Royal United Services Institute. He advises the Daily Mail on books for serialisation and makes History podcasts for Daily Mail Plus.

In 2010 Nigel co-founded the Historical Trips travel company. (Now part of the Specialist Journeys/Andante travel group). He devised and led tours of Nazi Germany; the death camps and ghettoes of Poland; Fascist Italy; Nazi-Occupied France; and the World War One and Two battlefields of France and Belgium. He currently leads these tours for the Cultural Experience travel company.

A fluent German speaker, Nigel lived and worked in divided Berlin as a student, and regularly revisits the city. For four years in the 1990s he directed and broadcast for the English department of ORF, the Austrian Broadcasting Corporation, in Vienna.