The Class of ’41: The Odyssey of West Point Leadership that Shaped a Century & Beyond
P J Wilcox

The Class of ’41 follows the lives of a close-knit group of officers that graduate from West Point together in 1941 and are then catapulted from one conflict into another — World War II, the Korean War, the Cold War and for some, Vietnam. The officers struggle with the tumult of wars and early command, with godforsaken places and forgotten comrades. At times they rely on rigid training to survive, but in other instances it is their unorthodox approaches and experimentation that prove the critical difference between life and death — and in their successes in war and peace. In eras of unheralded military latitude, they are permitted to be entrepreneurs, “gazing unfettered into the future,” able to make indelible marks on America. All the while, they cling tightly to moral courage that is often tested and hold firm to the bonds that are so paramount to those of the “Long Gray Line.”

The Class of ’41 narrative is driven by first-person recollections of about a dozen key officers still alive today, many who reveal never-before-disclosed incidents of historic importance. Highlights include:

Over the decades, setbacks among the class are many, but the successes are greater still. They create the first computer command center, help develop nuclear energy, experiment with drones, and parlay military advancements into civilian life. Those that remain, now all in their 90s, come together once more to share their tales of “Duty, Honor, Country,” the West Point creed by which they have tried to live their lives. Through the saga of this group of military friends, readers are carried through the transformation of America as it struggles over more than half a century for its identity and for peace. 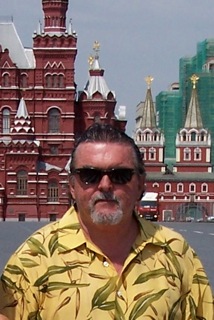 PJ Wilcox focuses on exposés related to international subterfuge and military operations. Previously, PJ spearheaded a satellite communications (sat-com) team, based in Washington D.C. when such technology was in its infancy. He followed the deployment of US foreign aid around the world, engaging at times with the World Bank, UN peacekeeping forces, heads of state and militaries, and consulates and commercial businesses. Those dealings provided him with a gripping and unique level of detail regarding military-related operational knowledge.His exploits were wide and varied. At times h...
More about P J Wilcox