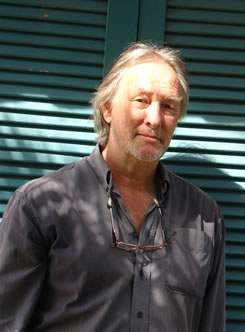 An initial career in London advertising agencies culminated as group publicity manager with one of the worlds leading companies at the tender age of 25. Decided London was not an ideal place to raise a family so moved to Anglesey where with his Welsh wife built up a small retail and interior design empire around North Wales and Shropshire. After 20 years , chased the sun to live permanently in the Algarve. Teamed up with an experienced journalist to launch a company which became the largest foreign language publisher in Portugal and conceived, designed and published five unique magazines and many books. Now indulging in a lifetimes interest in ancient civilisations.

I searched agency web sites and was impressed with Andrew's. His expertise and experience in handling non-fiction history seemed ideally suited to exploit my book. Contradicting all I had been cautioned about agents he replied immediately to my first approach with suggestions for the way forward.