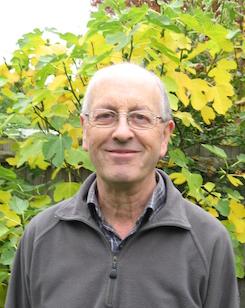 Philip Walker was born in 1949 and is a retired archaeologist and historian. He worked for English Heritage and its Government Department predecessor for thirty-six years, mainly as an Inspector of  Ancient Monuments.

Liaising with Druids, witches and other committed pagans, who were passionately opposed on spiritual grounds to an English Heritage-sponsored archaeological excavation, was an unusual project. None became life members of English Heritage, but this was an intriguing as well as challenging time.

Philip Walker has travelled in recent years to various parts of Libya and Palestine (West Bank). He has also travelled in Morocco, Xinjiang (the autonomous Muslim region of northwest China) and other parts of Central Asia. He enjoys going to Antibes in the South of France where his daughter owns a vegetarian restaurant.

Philip Walker’s writing developed from a chance find, at a car boot market, of an original Arab Revolt diary from 1916. Research showed that its owner was on an unknown British intelligence-sponsored camel buying mission in Arabia. He decided to try to track down similar “unknown unknowns” by tracing the descendants of about twenty Arab Revolt officers and intelligence operatives, many forgotten or barely known. The trail led to Australia, Canada, the United States, Panama, Jamaica, Ireland, Denmark and all over Great Britain. He discovered some stunning collections of photographs, letters, diaries and intelligence documents, still with the families concerned. This new primary source material, linked to archives dealing with known players including T. E. Lawrence, has led to his first book which gives a groundbreaking new account of the Arab Revolt, and the crucial role of the forgotten few officers who helped to shape it.

He lives with his wife in Cambridge.

This was another case of serendipity. I was half listening to the radio one morning when I eventually realised that the voice belonged to Andrew Lownie. The interview was stimulating and it pushed me into taking the plunge and contacting him. I noticed his excellent website, his expertise in intelligence matters and the fact that he represents an author I admire, Sean McMeekin and had represented Saul Kelly. He has been an invaluable guide from the beginning, and I am impressed that he has taken so much time and trouble in person, and so promptly, over just one new writer among many.