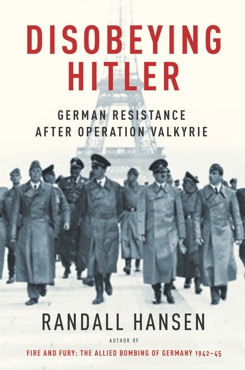 Disobeying Hitler tells the story of resistance to National Socialism and Hitler after July 20, 1944, the date of Colonel Claus Graf Schenk von Stauffenberg’s failed attempt to kill the dictator. The book explores (i) the extent and nature of German resistance after July 20th and ii) the effect it had on the course of the war. It does so by telling the story of three types of disobedience to Hitler’s orders: (a) the refusal to destroy Paris and (possibly) key strategic harbours in southern France; (b) the refusal to implement a ‘scorched earth’ policy on German soil; and (c) the refusal to defend German towns and cities to the last bullet.

The book is unique in several ways:

All books on German resistance end on July 20, 1944, following the failure of the coup executed by Colonel Claus von Stauffenberg. This book begins here.

The portion of the book devoted to July 20, 1944 focuses on Paris rather than Berlin. Paris gets little historical attention although the coup there was far more successful than it was in Berlin: for a few hours, the capital was entirely in the hands of the resisters.

It shows how officers’ refusal to implement Hitler’s orders spared Paris (though in a much more complicated way that Collins and Lapierre suggest), allowed the Allies to secure key supply routes in southern France, and spared several German towns and cities from total destruction, saving both Allied and German lives.

It offers a revision account of the liberation of Paris, rejecting Collins and Lapierre’s argument in Is Paris Burning as overblown, but also defending General Dietrich von Choltitz as a brave and principled resister of Hitler’s orders

It established that not Albert Speer alone (as he claimed) but rather a whole host of generals, officers, and foot soldiers worked together to preserve German industry and infrastructure from Hitler’s insane scorched earth orders.

It shows how complex negotiations, taken under chaotic, unstable, and dangerous conditions, between the Allies, on the one hand, and German officers and civilians (including many women), on the other, determined whether German cities were occupied intact or ravaged by artillery barrages. For the Allies and the Germans, these negotiations meant the difference between life and death.

It illustrates that, as awful as the end of the war was, it would have been worse without these acts of disobedience.

The book is written with a narrative historical approach. The events, involving deceit, subterfuge, lying, and immense personal danger, all set in the context of advancing Allied armies, lend themselves naturally to dramatic reconstruction 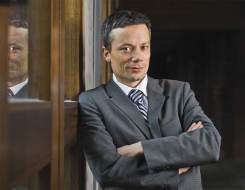 Randall Hansen is Director of the Centre for European, Russian and Eurasian Studies and a Chair in Politics at the University of Toronto. He was a Commonwealth Scholar at Nuffield College, a Junior Research Fellow at Christ Church, and a Tutorial Fellow at Merton College Oxford, where he ran the PPE school. He has held visiting fellowships at UCLA, the Institute for Political Science (Sciences Po), Paris, the Humboldt University, Berlin and Trinity College, Dublin.   He is author of Disobeying Hitler: German Resistance in the Last Year of World War II (Faber, Doubleday, OUP), which ...
More about Randall Hansen