The Smell of the Continent: British Travellers in Europe 1814-1914
Richard Mullen, James Munson 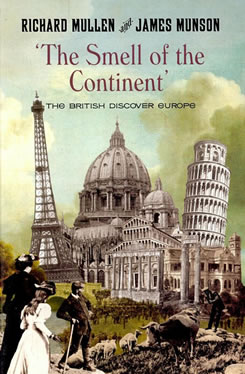 The book will be a vast canvas made up of individual people ranging from well known travellers such as the Trollope family to people famous in other ways such as Gladstone and Queen Victoria. We follow these individuals as our continuous narrative links as they travelled to see how travel developed after Waterloo and then exploded into mass tourism. Travel was a mirror of Victorian life: it gradually expanded both in numbers and in comfort.

The book is divided into two parts. The first looks at the realities of travel: how people got passports, coped with money, crossed the channel, bought souvenirs, kept in touch. We discuss the various groups of travellers: culture-vultures, the scandalous, gays, commercial travellers and women. We look at the development of guide books and at why people travelled: for education, health, religion or a foreign honeymoon. We look at those who lived permanently in Europe and at the influence of all this travel on English life, literature and politics.

The second part looks at the places people visited: Paris, the Rhine, the South of France, Italy, Switzerland, the Austrian Empire and lesser visited places such as Spain or Norway. We discuss how people kept in touch with Britain, how they smuggled goods past Customs and what were their reactions when they came home. 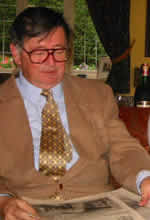 RICHARD MULLEN was born in the United States where he took two university degrees and then came to Oxford in 1969 to study for a doctorate in modern history. He afterwards taught British and American history, modern politics and Victorian literature in the Universities of Oxford and London. His first published work was a scholarly edition of the nineteen volumes of The Pamphleteer, the single most important collection of early nineteenth century pamphlets. It was this work that expanded his expertise in nineteenth century politics to include social, religious and literary history.In 1981 he...
More about Richard Mullen,

James Munson read Modern History at Oxford University between 1966 and 1969. In 1968 he won the Matthew Arnold Historical Essay Prize and, in the following year, began his doctorate in Victorian religious and political history. In 1974 he received his D. Phil. degree.For ten years he taught history in the University. In 1981 he began writing scripts for BBC Radio and Television and by 1991 he had written scripts for over 60 programmes. His seven part series on Queen Victoria, written with Richard Mullen, led to a highly successful BBC book and two othJames Munson has also written for a w...
More about James Munson