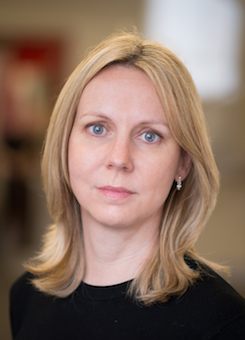 Rosalind Russell is a foreign correspondent with 15 years’ experience. As a correspondent for the global news agency Reuters, she reported from more than 20 countries in Africa, Europe, the Middle East and Asia. She has covered many major news events, including the fall of Kabul at the start of the Afghan war and the U.S. invasion of Iraq, where she worked from an armoured Landrover in the southern desert and reported from Baghdad on the anti-American insurgency.  In her reporting she has always sought to engage readers with the human stories behind the headlines.

During nearly three years in Burma, Rosalind reported undercover for the British newspaper The Independent. Under the pseudonym Phoebe Kennedy, she captured front pages with her coverage of the Saffron Revolution, elections and the release from house arrest of Aung San Suu Kyi. Foreign reporters are officially banned from Burma, and those who do visit only stay for a short time.  In contrast, she was able to form real friendships with Burmese people, learn some of their language and gain an understanding of their society.

As well as news agency and newspaper reporting, Rosalind has substantial experience of longer-form writing. She has written for the magazine Marie Claire and has co-authored two books: Afghanistan: Lifting the Veil and Under Fire: The War in Iraq, both commissioned by Reuters and published by Prentice Hall. She now lives in London.

I was introduced to Andrew by Lin Noueihed, a fellow Reuters journalist who has just written a book on the Arab Spring. Andrew came highly recommended, but his attention and enthusiasm have surpassed by expectations. As a novice to publishing, it is fantastic to feel I have someone “on my side” to guide me through this new territory.