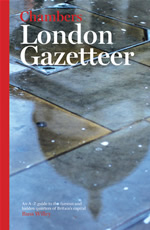 The London Gazetteer is an illustrated reference book covering all the districts and localities of Greater London. Every place that is shown in any modern street atlas is listed, from Abbey Wood to Yiewsley, making well over 1000 entries in total.

This should become the standard work on London because no other book covers the subject in such depth or with such breadth. Most London books concentrate on the city centre but The London Gazetteer also deals with the outer suburbs, where most Londoners live.

Each entry includes an indication of where the place is and what it is like, some explanation of how it got its name, especially if this is interesting and a potted history of its development. Where applicable, there are also remarks on notable buildings, natural features, events and former residents, and selected artistic works that feature the place or were produced there, and if the place has given its name to something else, this is often mentioned – Vauxhall, for example, has become the Russian word for ‘station’, for reasons explained in the book.

The London Gazetteer is designed to be the essential reference work on London – the title to have on your bookshelf if you only have one book about the capital. The emphasis has been on making it both a complete work of reference but also a very readable book full of quirky detail, wherever possible eliciting an ‘I never knew that!’ response, whether the place is obscure or renowned. 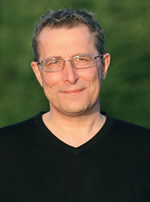 Russ Willey comes from an all-London family with roots traced back as far as an eighteenth century innkeeper on Oxford Street.To his great regret Russ was born just outside the present London boundary but he has tried to make up for this by spending almost all his adult life in the capital, living in Chiswick, the City and Twickenham.He studied social sciences at the University of York and has pursued a career in advertising and marketing.Russ’s interests include literature, popular culture and football – from Arsenal to West Ham and AFC Wimbledon. He is particularly fond of roc...
More about Russ Willey