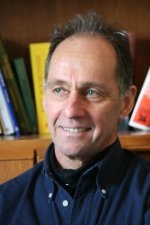 Born in New Zealand in 1941, son of a Methodist pastor and a music teacher, Selwyn majored in French and German at the University of Auckland and taught for two years in the remote farming town of Otorohanga in the King Country before relocating to Britain and starting in journalism with the Enfield Weekly Herald. He got his grounding with the news agencies – Reuters in London and Agence France Presse in Paris – before moving into print journalism. Since then he has worked in several countries for such publications as the Sydney Morning Herald, Time Magazine, Newsweek and the Australian Financial Review. He has won several awards for journalism and written scripts for the Australian Broadcasting Commission.

The first of his nine books was on the subject of investment. Called Winners and Losers, it was released with unfortunate timing shortly before the stock market crash of 1987, which turned most investors into losers overnight. He then wrote several company histories including those of two International Fortune 500 businesses, which gave useful experience in organizing large amounts of material into narrative form. His book, Chasing the Chimney Sweep – a 1250-mile bicycle journey tracing the route of the original Tour de France in 1903, was named 2007 travel book of the year in New Zealand.

Away from the desk and library, Selwyn is a representative age-group triathlete and plays piano. He and his partner Margaret divide their time between the Highlands of Scotland and the Sunshine Coast in Queensland.

After being told the agency was the one to go to for narrative history, I brought to Andrew an idea for a book on the turbulent, 1200-year story of the British pound. I was so impressed by how fast the agency works that, until I visited it, I assumed he had a large staff to help him handle the work load instead of just himself. Because he is so well acquainted with the market, he is politely ruthless in assessing pitches and manuscripts, which saves an enormous amount of the author’s time and ensures the best possible reception with a potential publisher. If it’s not good enough to be put to a publisher or if the approach is askew, he tells you so. But I also found him extremely encouraging and astute in identifying the essential adjustments to be made.