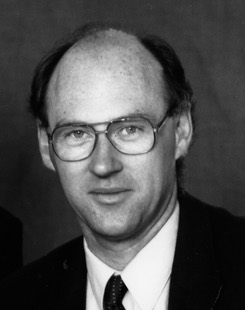 Simon Berthon has worked at the top of the television industry for nearly four decades as executive producer, producer, director, and writer. He was a founding partner and Chief Executive of the successful independent production company, 3BM Television, has published three books and was Vice-Chair of Directors UK from 2007-11. He now works independently, partnering selected companies on his own projects, and as a freelance Executive Producer and consultant.

Simon began his career at the BBC as a News Trainee in 1973 and, at the age of 27, was appointed Editor of BBC Northern Ireland’s investigative current affairs series Spotlight and Head of Current Affairs, BBC NI. In 1980 he joined ITV’s World In Action as a producer/director and was made Deputy Editor. In 1993 he was the originator and founding editor of ITV’s weekly current affairs series The Big Story.

In 1996 he was a founding director of 3BM Television and became its Chief Executive (2001-2004) and Executive Chair (2004-2007). He was responsible for over 90 hours of high quality programming for the BBC, ITV, Channel 4, Five, PBS, Discovery and National Geographic, ranging from award-winning history films to critically acclaimed science and religion series like Cannibal and Children of Abraham.

During his three year tenure as CE, Simon doubled 3BM’s turnover and devised the strategy which led to its successful sale in 2004 to Ten Alps plc. In 2007, he left the company to work with a new range of film-makers. He is retained as Consultant, Network Production for the Welsh production company Telesgop, for whom he wrote and executive produced a major 90’ historical documentary Heath Wilson: The Duel (TX 2011) for BBC4, and has been Executive Producer for Niall Ferguson’s Channel Four output.

As Vice-Chair of Directors UK from 2007-2011, Simon was a key architect in changing it from a purely rights collecting society to a dynamic membership body for British screen directors.

Simon is an accomplished public speaker, having toured the United States to publish his TV series and lectured at venues such as the National Army Museum. He has been a frequent moderator at sessions for the World History Congress and World Congress of Science and Factual Producers.

Simon Berthon is the author of three books: Warlords, (Methuen 2005, co-author Joanna Potts) – “Gripping, innovative and perceptive …. It reads like a thriller but it is also a scholarly, impeccably researched piece of work … superlative’ (Tribune), “fascinating insights into the minds of these titans” (Daily Mail); Allies at War, (Harper Collins) 2001 – “Fascinating … A captivating glimpse into the personalities and goals of the three Allied giants” (Library Journal); and The Shape of the World (George Philip 2009, co-author Andrew Robinson) ‘ “A vivid account of great courage and endeavour on the grandest scale” (Where and When). Simon has also written several TV screenplays including ‘Ten Dead Men’ (commissioned by Granada TV) and ‘Divided Kingdom’ (with Paul Greengrass and commissioned by the BBC).