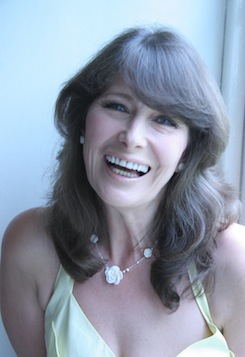 Vikie Shanks was born in 1958 in Aden ( now South Yemen ), where her father was stationed in the RAF,  the youngest of three children, and  lived from the age of five in Waterbeach near Cambridge.

At the age of seventeen she left home and moved to London to start work as a trainee buyer in Harrods but left after a year and became a croupier.  After two years working in London and a further year in Spain she became a full time model back in the UK.

Aged twenty five she met Paul  Shanks, who was to become her husband and father to her seven children, whom it transpired was mentally very ill and he committed suicide aged 51.

Since 2007 she has been a single mother to her seven autistic children - the two youngest also have Cerebral Palsy.  She continues to run the Corporate Entertainment business that Paul and she ran together when he was alive.