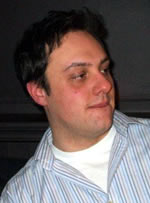 Alan White is News Editor at BuzzFeed UK. He has won the Royal Television Society Award for Scoop of the Year and been shortlisted for a British Journalism Award for Investigation of the Year. Prior to joining BuzzFeed his work appeared in the Observer, TLS, Private Eye and the Sunday Express. His series of articles, ‘The Shadow State', ran on the New Statesman website and were amongst its most read pieces that year.

I had a number of proposals which I sent to various agents I found in The Writer’s Handbook. After looking at his website Andrew appealed above all the others as he seemed to have a particularly nurturing attitude towards his clients. I was therefore delighted when he called me the day after I’d sent my proposal to him with positive feedback and suggestions for another project in which I might be interested.