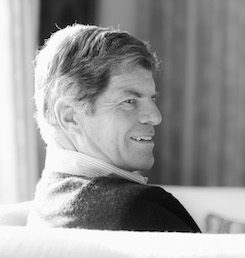 Born in 1950, David Lough won an open history scholarship to Oxford University where he won 1st class honours, studying under historians Richard Cobb, Michael Howard and Theodore Zeldin.  He pursued a career in financial markets, starting in Asia and investment banking, before founding a private banking business in 1988.  It was sold in 2013, by which time it employed a hundred people advising many prominent families across the range of their private affairs, including their investments, tax affairs and inheritance planning.

A former member of the London Stock Exchange and Fellow of the Chartered Securities Institute who has acted as ‘blind trustee’ for government ministers while in office, David Lough returned to history on his retirement, using his experience to research the untold story of Winston Churchill’s tangled financial affairs.  He edited a magazine that he founded in the 1990s and has written regularly  for the wealth management industry and its publications.  An experienced public speaker at conferences and dinners, he is a member of the London Library’s Founders’ Circle.