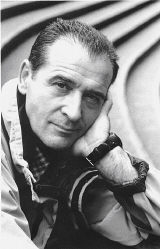 After an upbringing in an orphanage in North London he moved to Battersea where he lived and went to school and at 17 joined the Royal Marines. Due to a series of unusual circumstances he found himself attending the Special Boat Squadron selection in Poole, Dorset at just 19 years old. Out of almost 150 men, he and 8 others managed to get through the gruelling selection course. He subsequently went on to serve a dozen years in the SBS, many of them as an anti-terrorist undercover operator.

He was a pioneer of modern maritime counter terrorism and was involved in operations during the Falklands as well as conventional Special Forces operations around the world. On completion of his Service he joined the ‘civilian sector’ where he continued to use and improve his skills operating mostly alone in hostile environments instructing, information gathering, risk advising and assessing, and sometimes becoming involved in such diverse and dangerous activities as running poaching-hunting operations in West Africa.

In the last few years Falconer has operated at length and most often alone in places such as Afghanistan, Palestine, Liberia and throughout Iraq. In between all of this he has managed to write several screenplays, create a TV show and novels using characters he encounters on his travels. He now lives anywhere between his three bases in England, North America, and South Africa.

I was fortunate enough to meet Andrew before I had gone too far down the wrong road to getting my biography written and published. Initially, I didn't have the confidence to write it myself having never written a book before and after meeting an agent who introduced me to a ghostwriter and the first chapter was produced, it all began to look very wrong. Enter Andrew who helped convince me to write the first few chapters myself before going out to the publishers. But after several passes I pretty much gave up hope. Andrew did not, however, and six months later he called to tell me we had an offer. Andrew also played a part in convincing me to write my first fiction book and since then I have not looked back. Good agents are hard to come by and I consider myself fortunate to have Andrew Lownie.