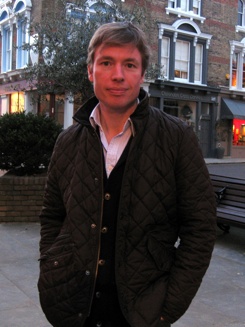 James Davies gained his PhD in social and medical anthropology from the University of Oxford in 2006. He is also a qualified psychotherapist, who has worked in organisations such as the NHS. James is a Reader in social anthropology and mental health at the University of Roehampton, London. He has published four academic books for presses like Stanford University Press and Routledge, and has delivered talks at many universities such as Harvard, Yale, Oxford, Brown, CUNY (New York), and The New School (New York). James has also written for The Times, The Guardian, The New Scientist and Salon. He is the co-founder of the Council for Evidence-based Psychiatry, now secretariat to the All-Party Parliamentary Group for Prescribed Drug Dependence.

I first heard good things about Andrew Lownie from an author friend of mine who’d just published a book with Profile. This was about four years ago now, but I lodged the name away. A great move on my part since Andrew has more than lived up to his reputation – he is personable, enthusiastic and highly competent, the kind of agent any author would be delighted to have