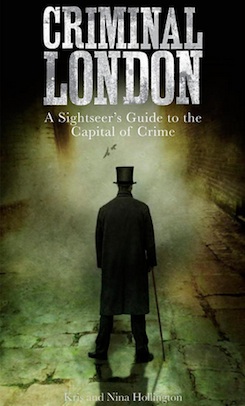 Like the old saying about rats, in London you’re never more than ten metres from a crime or criminal. Whether it’s a shoplifter or drug dealer, money launderer or murderer, speeding motorist or car thief, hacker or blagger, vandal or burglar, London is packed full of crime.

From the Bermondsey Triangle (so called because many high value objects enter the area never to be seen again) to the alleys of Whitechapel, the streets of the metropolis have played silent witness to countless crimes, from murders born of passion, madness, power or greed, to the awesome amounts of illegal drugs that have arrived everyday for more than a hundred years to feed the insatiable appetite of tens of thousands of recreational users and addicts.

Crime has made London what it is today – in some cases it has even literally built parts of the metropolis. Our fascination with crime has led to the creation of many fictional London-based crime icons, from Sherlock Holmes to Jack Reagan of the Sweeney. Yet there has been no single guide to the capital’s dark side – until now.

Criminal London takes readers on a fascinating tour through the capital’s underworld. As well as five original walks, Criminal London covers the locations of more than a hundred infamous crimes and criminals, covering everything from crime and punishment in Shakespeare’s day to the West End gangs of the 1940’s, to the Great Train Robbery and the Brinks Mat gold bullion robbery, which changed London forever.

This singular guide also covers the birth of modern organised crime, as well as the rise of drug dealing and money laundering, and is illustrated throughout with photographs commissioned for the book, taken by Kris's wife, professional photographer Nina Hollington.

Making use of his experience and contacts on both sides of the law, crime writer and journalist Kris Hollington has created an exciting and original sightseeing guide for the capital’s most intrepid explorers. 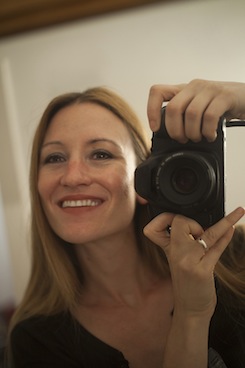 Nina Hollington is a London based photographer. She has been commissioned by Eurosport, UK Sport, Aurum Press, Gieves & Hawkes, Purple PR and Westminster Kingsway College amongst others. Her work has appeared in a variety of publications, most recently in the Sunday Times Style Magazine. As well as the photographs for the guide book Criminal London, Nina shot the cover and inside cover for Size Matters Not  by Warwick Davis, the autobiography of the star of Ricky Gervais’s and Stephen Merchant’s mocumentary sitcom Life’s Too Short. Nina is currently working on a...
More about Nina Hollington