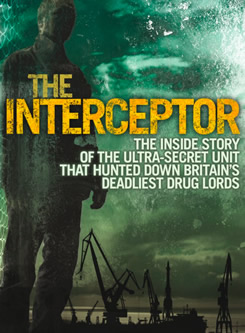 “Try not to lose the target,” the Commander told us. Tosser. We didn’t need him to tell us what the stakes were. Three young women had been murdered, two more were missing.’“

Drug-dealers, serial killers and money launderers ... There’s no escaping the long ear of the law.

Fighting on the frontline of the war against crime, Cam Addicott was one of the very few hard-boiled and highly-experienced surveillance operatives to get called up to the secretive and elite Alpha Projects unit - a group of dedicated undercover Customs officers who hunted the UK's most dangerous criminals by extraordinary means – starting with the interception and decoding of their phone calls.

Cam soon knew the lives of the people he hunted better than they knew each other. He knew who was cheating with who’s wife – as well as where, when and what they liked to do, what drugs the dealers’ kids were into, who was planning to rob, beat-up and/or murder who, what for, and how they were going to do it. The team shadowed gangsters as they mixed with celebrities, as they brokered huge drug deals in nightclubs and airports, as they discussed how to spend their ill-gotten gains until finally, it was time for Alpha to strike.

In this riveting and brutal true story, a cast of unforgettable Mission Impossible characters go far beyond the call of duty to take down their most elusive target, as the lives of the hunted and hunter weave together in an explosive narrative.

"Even at the highest level, drug dealers still had to face rivals, backstabbers, hit men, kidnappers and grasses while keeping their communications secure, finding suitable investments for their laundered money - and innovative ways to enjoy themselves. You almost had to admire them.” 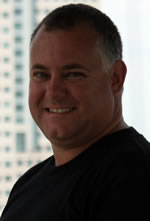 Cam has been an undercover investigator with HM Customs and SOCA (Serious Organised Crime Agency) for the past fifteen years. He has unrivalled experience in working at the sharp end against the biggest drug traffickers, people smugglers, money launderers and other top villains all over the world and has used every tool available to put them inside.Cam left SOCA in June 2008. He is divorced with two sons and lives with his new wife in Gloucester.
More about Cameron Addicott,