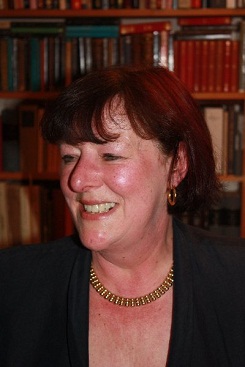 Mary Hollingsworth has a B.Sc. in business studies and a Ph.D. in art history. Her doctoral thesis dealt with the role of the architect in Italian Renaissance building projects and led to research on the role of the patron in the development of Renaissance art and architecture, a subject she taught to undergraduates and postgraduates, and published in two books (see below).

Her subsequent work on the papers of Cardinal Ippolito d’Este considerably broadened her horizons, and expertise, well beyond the confines of art history into the everyday world of Renaissance Europe. She has published widely on these topics in academic journals and was one of the senior academics on the Material Renaissance Project, a collaborative project funded by the Arts & Humanities Research Board and the Getty Grant Program, which investigated costs and consumption in Italy 1300-1650.

Patronage in Renaissance Italy: from 1400 to the Early Sixteenth Century

The Cardinal’s Hat: Money, Ambition and Housekeeping in a Renaissance Court

I asked a friend in publishing for advice about an agent and he suggested Andrew Lownie. I was astonished when Andrew replied instantly. As my friend rightly said, ‘he strikes me as your kind of agent’: efficient, prompt, thoughtful and demanding.