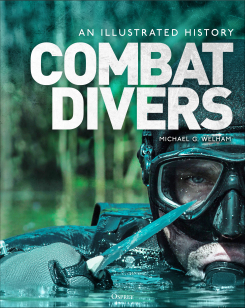 THe first edition of Combat Frogmen  was published in 1989. Many jobs can be classed as dangerous, but being a military combat forces diver is certainly close to the top of the list, and yet there is no shortage of volunteers wanting to become one – even though not many actually pass the course. It is dangerous and involves operating underwater, often in very testing environments where there is reliance on specialist equipment and vehicles to provide life support. Combat divers, both men and women, put their neck on the line in training and on operations. The training is extreme and lengthy for the few who make it and while the risks are calculated, it is when underwater that things become unpredictable. Combat Diver will take the reader into the World of todays elite underwater warrior. 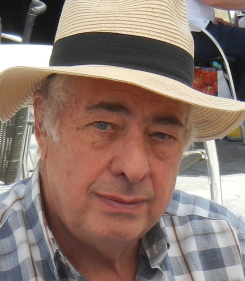 Michael Welham is the author of Combat Frogmen; Naval Elite Units; Exploring the Deep; Frogman Spy; and KampfSchwimmer (German edition of Combat Frogmen). He has been involved with diving, both military and civilian, for some 40 years, and was a Royal Marines Commando, with skills in diving, canoeing, and parachuting; a member of 21 SAS Rgt (R); and 95 Commando Naval Gunfire Support RA (R). From commercial deep diving around the world he spent fifteen years as a UK Government diving officer.
More about Michael Welham