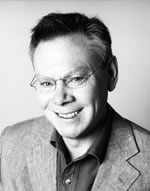 Stewart Lansley is a writer and economic consultant. After university he became an academic economist holding research posts at the National Institute of Economic and Social Research and the Centre for Environmental Studies specialising in poverty, inequality and wealth.

He has also taught at the Universities of Reading and Brunel. He then moved into television journalism, producing many television series including Breadline Britain, Death of Apartheid, Kenyon Confronts and Food Junkies. He holds awards from the BFI, the New York TV and Film Festival, Sony, Amnesty and was nominated for a documentary Emmy ( for Death of Apartheid ). He became an executive producer at the BBC in the current affairs department and was the Editor of the 5 Live Report, a weekly investigative radio series, for seven years until 2008.

He has written extensively on social and economic issues for a variety of journals, magazines and newspapers. He was the joint author of Poor Britain, published in 1985, which devised a new approach to defining poverty using a methodolgy that has been used by researchers and governments in Britain, the European Union and a number of other countries from Japan to South Africa. His most recent books include Top Man, a biography of Philip Green, Rich Britain: The Rise and Rise of the Super-Wealthy, Londongrad: From Russia with Cash and The Cost of Inequality: Three Decades of the Super-Rich and the Economy .

Andrew was suggested to me by a friend and co-author. Within half an hour of an unsolicited email, Andrew emailed back, we met and I was signed up. Since then I have found Andrew remarkably supportive and constructive and am very much enjoying working together.