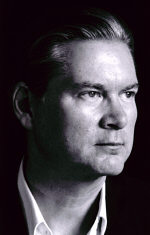 Timothy Good became interested in UFOs in 1955. Now a leading authority, he has researched the subject worldwide, and his numerous contacts include astronauts, military and intelligence chiefs, pilots and politicians. He has written several best-selling books on UFOs and the alien presence, including Above Top Secret, Beyond Top Secret and Alien Liaison. His latest book, Unearthly Disclosure, was serialized in the Daily Mail.

He is known to millions through his television appearances and has acted as consultant for several documentaries on the subject. He has lectured at universities, schools, and at many organizations, including the Institute of Medical Laboratory Sciences, the Royal Canadian Military Institute, and the Royal Geographical Society. He has been invited to discuss his subject at the Pentagon and at the headquarters of the French air force.

Timothy Good is also a professional violinist, and played for 14 years with the London Symphony Orchestra, among others. Since 1978 he has freelanced for concerts, feature films, television commercials and dramas, and recordings with pop musicians.

In late 1986, I had just about given up hope of placing ABOVE TOP SECRET with a publisher when the John Farquharson agency - of which Andrew was a director - expressed interest. As a specialist in intelligence matters, Andrew was astonished by the amount of documented material I had put together, but doubtful about UFOs being a major international security issue. He decided to make a few enquiries with some of his sources, one of whom was a retired CIA Deputy Director of Operations. "Andrew," he responded, "all I can tell you is that it is the most sensitive subject in the intelligence community." And that's how the book got published!