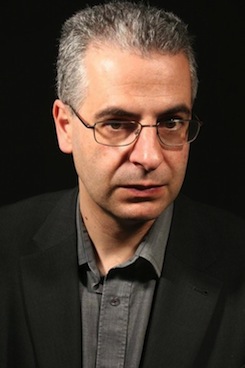 Author, journalist and broadcaster Nick Pope worked for the British Government for 21 years, at the Ministry of Defence. In the course of his career he served in a wide variety of posts, but is best known for work that he did between 1991 and 1994 when he ran the MoD’s UFO project. He is recognised as one of the world’s leading authorities on the unexplained, conspiracy theories, sci-fi and fringe science.

Nick Pope is the best-selling author of four books: one on UFOs, one on alien abductions and two sci-fi novels. He also writes for a wide range of newspapers including The Times, The Guardian, The Sun and The New York Times. He contributes regularly to various TV and radio news programmes, chat shows and documentaries, with appearances on shows including Newsnight, Radio 4’s Today programme, Sky News, Blue Peter, Good Morning America and Larry King Live.

Nick Pope lectures all around the world, has addressed the Oxford Union and the Cambridge Union Society, as well as speaking at the Royal Albert Hall, the Science Museum and Global Competitiveness Forum 2011, where other speakers included President Bill Clinton and former UK Prime Minister Tony Blair.