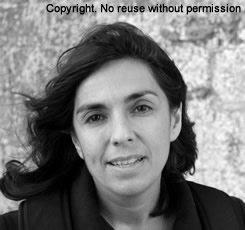 Katharine Quarmby is an award-winning writer, editor and journalist with extensive knowledge of writing and editing across multiple formats. She recently launched a new investigative journalism unit at the human rights organisation Liberty, following working as engagement lead at the Bureau of Investigative Journalism, after having been full-time production and digital editor till September 2018. She was a Royal Literary Fund Fellow at the London School of Economics (2015-2017), was a contributing writer for Mosaic Science magazine and has worked as a Britain correspondent at the Economist, as well as a contributing editor for Newsweek Europe. She has spent most of her working life as a journalist and has made many films for the BBC, as well as working as a correspondent for The Economist, contributing to British broadsheets, including the Guardian, Sunday Times and the Telegraph. She also writes for international publications including Guardian US/Australia, the Atlantic and Truthdig.

Katharine has written three investigative non-fiction books. Other publications include a chapter, 'Becoming English' about her mother coming to the UK from war-time Yugoslavia as a de facto refugee in the book, A Country of Refuge. Her latest non-fiction book was Hear My Cry, (Hachette Poland, 2015) written with the honour violence survivor, Diana Kader. She published the non-fiction book, No Place to Call Home: Inside the Real Lives of Gypsies and Travellers two years earlier (One World Publications, UK, 22 August 2013). Katharine also published her first Kindle Single, about the search for her Iranian birth father, an essay that also celebrates the love of her adoptive family. Of Blood and Water was published as  Kindle Single by Thistle Publishing as was her second e-book, Aftermath, about the Rwandan genocide. Her third, about her adoptive family’s connection with Gavrilo Princip, The Priest, The Assassin and Archduke Franz Ferdinand, was also published in 2014, as was her Newsweek Imprints e-book, Romani Pilgrims. She also writes books and plays for young children. She is currently working with an Irish publisher on a re-telling of a traditional tale, and has previously co-written two Romani folk tales with Child's Play in 2016. Her first book for children, Fussy Freya and the Fabulous Feast, was published in 2008.

In 2007 Katharine started to investigate a number of violent killings of disabled men and women across the UK. As news editor of the disability magazine, Disability Now, she was able to put together the first national dossier of such crimes that year, following it up with an investigative report on disability hate crimes, Getting Away with Murder, for the charity Scope and the UK’s Disabled People’s Council, in 2008. Her first book for adults, Scapegoat: Why We Are Failing Disabled People (Portobello Press, 2011), won a prestigious international award, the Ability Media Literature Award, in 2011. In 2012 Katharine was shortlisted for the Paul Foot Award for campaigning journalism, by the Guardian and Private Eye magazine, for her five years of campaigning against disability hate. Katharine and her fellow volunteer co-ordinators of the Disability Hate Crime Network, were honoured with Radar’s Human Rights People of the Year award, for their work on disability hate crime in 2010.

She writes and is interviewed on social affairs, home affairs and education, most recently mostly on disability, adoption, violence, hate crime and race relations. She has appeared and been interviewed by ABC, BBC (Woman’s Hour, Front Row, Sunday Morning Live, BBC Breakfast, 5 Live, local radio), Channel 4 News, CBC, ITV and Sky. Katharine also chairs and takes parts in panel discussions, most recently chairing a Wellcome Collection event on disability in 2019 and taking part in a panel discussion on life writing with English Pen. In November 2020 she was a guest speaker at the National Gallery, talking about the theory and practice of scapegoating marginalised groups as part of its Sin Exhibition. Katharine is also regularly invited to speak at conferences and at literary festivals. She has spoken about her work at Hay, Edinburgh, Bath and Bristol Festivals, and abroad, including at the Council of Europe in Rome, Italy.


How I Found the Agency

I approached Andrew a few years ago when I was at the Economist to discuss a number of book ideas, and he was extremely helpful and informative, then, and has been ever since. I’m very pleased to be represented by him