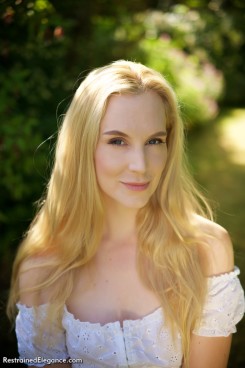 Having grown up in a religion that was confidently predicting the end of the world by the mid 1990’s, Ariel didn’t expect to actually reach adulthood and need a job. When she reached 16 and the world hadn’t ended after all, Ariel took a place at the Academy of Live and Recorded Arts. Here, she specialised in Shakespearean performance, dramatic combat and physical theatre.  Upon graduating, Ariel was immediately cast in a series of fringe Shakespeare productions in London, followed by several national tours, including A Midsummer Night’s Dream (in which she played Titania) and Twelfth Night (Olivia).  Her TV credits from this period included The Real Casanova (Channel 4), Real Crime - Jeremy Bamber (ITV). She played a leading role in Killing Brae, which won Best No Budget Picture at the London Independent Film Festival, and won Best Actress for The Dossier at the Independent Film Awards

Having once believed that she was a danger to society, Ariel’s mission statement is now to create BDSM-themed work that shows other people that they are not alone, and that their desires are ok.  To this end, she has an unusually interactive relationship with her fans and has built a reputation for honesty and frankness about her sexual identity.  She has a YouTube channel about ‘How to be a Really, Really, Really Old Model’, and Tweets daily about her life as a submissive masochist.  She lives in Wales with her husband, surrounded by mountains which they climb in their spare time.  Her hobbies include dressmaking and collecting antique swords.