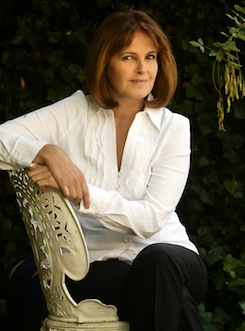 Monica Porter has been a London-based journalist for nearly forty years. Her articles have appeared in national newspapers including The Times, Sunday Times, Financial  Times, Guardian, Daily Telegraph, Daily Express, The Stage and the Jewish Chronicle. Throughout the 1990s she was a feature writer on the Daily Mail, for which paper she continues to write the long-running column Missing and Found. The magazines she has written for include Reader’s Digest, Saga Magazine, Business Life, The London Magazine, Good Housekeeping, Woman’s Own and Psychologies.

Born in Budapest, Hungary, Monica grew up in New York before moving to London in 1970. Her father was the Hungarian journalist and writer Peter Halasz, and her mother was the popular singer Vali Racz. Although she initially trained to be an actress, Monica began a career in journalism in 1974, with a job as staff writer on the weekly Local Government Chronicle.

Her first book described her rediscovery of her Hungarian roots. The Paper Bridge: A Return to Budapest was published by Quartet in 1981, who reprinted an updated edition in 2009. This was followed by Deadly Carousel: A Singer’s Story of the Second  World War (published by Quartet in 1990 and reprinted by Vallentine Mitchell in 2006), about her mother’s heroic exploits during the Holocaust, for which she was named a Righteous Among the Nations. Her third book was Dreams and Doorways: Turning Points in the Early Lives of Famous People (Pan Macmillan, 1993) and the most recent was Long Lost: The Story of the Newspaper Column that Started the Reunion Industry (Quartet, 2010).

Monica has two sons and two grandsons, and lives in north London.

I have known Andrew for many years through our shared social and literary contacts, and always had great respect for him as a consummate professional. I’ve always liked him personally, too, not least because he responds to all communications with admirable speed. (Some agents take three weeks to answer an email.) This might be due to his super-efficiency or to his courteous nature, or both, but in any case it is rare in today’s world and greatly appreciated. I’m very pleased that Andrew is now my agent as well as a friend and look forward to our working together and signing some exciting publishing deals.