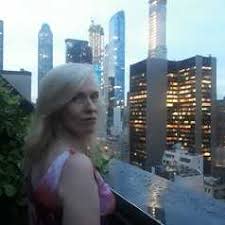 Kristina West is a writer and academic living in London, moments away from the site of the school named after Louisa’s father, Bronson Alcott, by his English friends. Her first book, Louisa May Alcott and the Textual Child, was released with Palgrave Macmillan in April 2020; her second book, Reading the Salem Witch Child, was released with Palgrave Macmillan in December 2020. She has also published numerous book chapters, articles, and conference papers on the Alcott family, the American Transcendentalists, the Salem Witch Trials, and children’s literature. She gained her PhD in American Literature and her MA (Res) in Children’s Literature in 2011 at the University of Reading in 2016 and remains affiliated to the Centre for Research in Childhood: Literature, Culture, Media (CIRCL) at the university. She is also one of the two co-founders and a moderator of the Louisa May Alcott Facebook site for scholars and fans, with more than 1,300 members; she has spoken about Louisa May Alcott (and other subjects) on BBC radio; and she regularly presents and moderates panels on Alcott and Ralph Waldo Emerson at US conferences, including the annual American Literature Association conference in Boston and San Francisco. In addition to her academic work, Kristina is an experienced journalist and editor, with over 20 years’ experience in journal and book editing. The fact that she shares her name with one of the actresses in the 1994 movie of Little Women is a total coincidence.