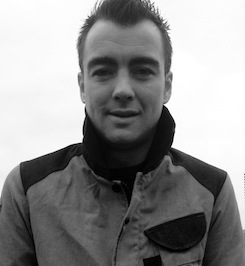 David McGrath graduated from an MA in Creative & Life Writing at Goldsmiths University in 2012 and lives in London. He has won the Peirene Press Short Story Competition, StorySlam at the Royal Festival Hall and was highly commended in the Manchester fiction Prize 2013. He regularly contributes to literary events and performs his short stories across London and beyond. He featured in London LitCrawl 2013 and has worked with Spread the Word for Towersey Festival and performed at Rattles Tales in Brighton. He received Most Valuable Player for writing from Liars League, London 2013. Rickshaw is his first novel.