At 17, Matt got his thrills from racing a pimped-up escort at lethal speeds along the country lanes of Lytham St Annes, his quaint seaside hometown where ‘nothing exciting ever happens’. Matt’s addiction to dangerous fast driving fuelled his childhood ambition to become a cop and chase bad guys. ‘I wanted to make a difference,’ he says, ‘but I also wanted to drive fast cars…legally. Twos and blues were calling my name.’ Fast forward four years to 1986 and Matt’s dream became a reality when he joined the Met as a fresh-faced probationary constable.

In Hot Pursuit, Matt charts his incredible 30-year career policing the mean streets of London, from his early days chasing criminals on foot, to his rise to garage sergeant and high-octane car chases on twos and blues that earned him the nickname Buzz Lightyear.

First posted to Shepherd’s Bush, Matt fearlessly threw himself into the Job, often risking his life to protect the public. One terrifying incident saw Matt tackle and disarm a violent dad as he held his ten-year-old son at knifepoint and threatened to slit the boy’s throat. There were long nightshifts guarding murder scenes and countless gruesome sudden deaths. Some jobs were downright bizarre; once, he joined the search for a gangster’s missing finger, while another shift ended with Matt losing a chunk of his thumb after responding to this call: ‘Female reports a green and yellow monkey has climbed through her kitchen window.’

In 1999, Matt landed a job as a traffic cop. The role was everything he’d wished for – big emergencies, faster cars, and no more foot patrol. On the Met’s traffic frontline, Matt was first on the scene at numerous fatal collisions. His diligence and passion for traffic law enforcement knew no bounds and, after qualifying as a forensic collision investigator in 2003, Matt single-handedly cracked a case in which a six year-old-girl died following a hit-and-run accident. He worked tirelessly, studying CCTV footage, reconstructing the crash scene, liaising with the victim’s heartbroken relatives, tracking down witnesses, and meticulously trawling phone records. Matt’s tenacity led to a jail sentence for the dangerous driver, achieved justice for the girl’s family, and earned Matt the coveted Livia Award – and a personal letter of thanks from the then Prime Minister Tony Blair.

Promoted to sergeant, Matt led a team of constables on mortuary security duties during the 7/7 terror bombings. He then trained as a volunteer Disaster Victim Identification (DVI) officer and, in 2015, faced the harrowing challenge, as mortuary team leader, of identifying all 30 British victims of the Tunisia beach terror attack.

Throughout his life in the Met, Matt arrested over 2,000 criminals, covered a quarter of a million miles (by foot and on wheels), was injured over 30 times on duty, and received many commendations and a People of Achievement award. Matt crossed the finishing line of his action-packed career in 2016, when he retired from the force with a certificate of exemplary service. 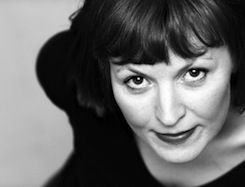 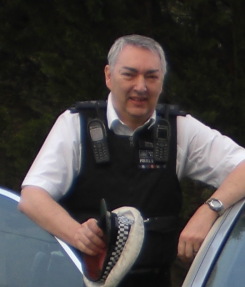 Matt Calveley was born in Lytham, Lancashire. As a child, he dreamed of one day becoming a cop – if only to drive fast cars. Matt’s wish came true in 1986 when, aged 21, he joined the Metropolitan Police, where he would spend the next 30 years chasing villains in a career brimming with accolades.   On the Met’s frontline, Matt fought violent criminals, arrested thousands, and regularly dealt with horrific death scenes .He risked his life on the Job and suffered multiple injuries while on duty.   Throughout his career, Matt served as custody sergeant, provided...
More about Matt Calveley