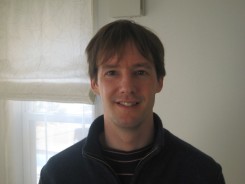 Having graduated with a degree in history from Cambridge University, Dave Rear has been reading and writing about history for most of his adult life. Having relocated to Japan soon after graduating, he is currently a professor at a university in Tokyo, where he lives with his wife and two children. As well as a number of academic textbooks and articles, his first book A Less Boring History of the World was published by Square Peg, Random House UK in October 2012. As of now, it has sold over 22,000 copies in all formats. It was picked by the Book People for their Christmas line-up and featured in the bestseller lists at Blackwells Books and several humour categories of Amazon UK. It was the first Square Peg book to be made into an audiobook, narrated by the actor and comedian Miles Jupp. It was also translated into Turkish and Portuguese, becoming a somewhat unlikely hit in Brazil.