Having endured a troubled childhood, during which her adored and fabulously wealthy father died when she was nine and she was assaulted by family friend and French Resistance legend Emmanuel d’Astier at the age of twelve, the beautiful heiress Nicky Samuel (1951-2019) left school at the age of 16. She was immediately caught up in the world of Sixties London. Her first job was with Yoko Ono and, after being seduced by Jim Haynes of the Arts Lab, and taken up by David Litvinov, she had soon fallen in love with the owner of the  fashionable hippy boutique ‘Granny Takes a Trip’, Nigel Waymouth, with whom she attended the legendary Isle of Wight Pop Concert, and spent time with celebrities such as Andy Warhol, Jane Fonda, Roger Vadim, Bob Dylan, Keith Richards, Patti Smith and Robert Mapplethorpe.

In her nineteenth year, after inheriting a fortune and marrying Nigel, Nicky became a fashionable hostess, entertaining from her home in Mallord Street (Augustus John’s former studio). She was much feted and photographed, notably by Norman Parkinson for Vogue; and her close friends included Mick and Bianca Jagger, Christopher Gibbs, David Hockney, Michael Wishart and Anita Pallenberg. Her marriage, having cooled sexually, finally broke up when she became involved in a passionate but short-lived menage-a-trois involving the film-director Donald Cammell. She found friendship at this time with Victoria Brooke and her lover, the eccentric and reclusive heroin addict John Paul Getty Jr.; but the extreme pressures of Nicky’s chosen way of life had soon led to her too taking heroin, besides mandrax and cocaine.

In 1974, searching for the security and happiness that had so far eluded her, Nicky made a disastrous second marriage to the homosexual jewellery designer and New York socialite  Kenneth Jay Lane, who had his eye on her fortune. At first her social success was such that in June 1975 she was featured by Time Magazine in an article on the ‘New Beauties’ as one of New York’s ‘social pace-setters’. However, finding the relationship with Lane impossible, she became more and more unhappy and, after a failed attempt at suicide in the London Ritz, Nicky retired to Wales. It was here, after ten years far from the social maelstrom, that at the age of 39 Nicky entrusted the acclaimed biographer Richard Perceval Graves with this remarkable story of her life. Her near-photographic recall of a whole host of well-known figures, from Tony Snowden to Lauren Bacall, from Nicky Haslam to Manolo Bahnik, and from Nic Roeg to Bruce Chatwin, makes reading this memoir a uniquely vivid experience of a vanished world 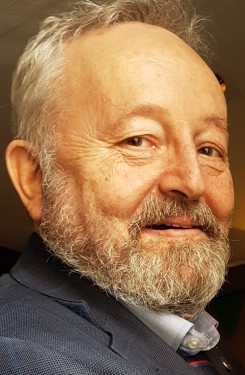 Richard Perceval Graves (born 21 December 1945) is an English biographer, poet and lecturer, best known for his three-volume biography of his uncle Robert von Ranke Graves. He was educated at Charterhouse and St. John’s College, Oxford where he read Modern History. He then taught until 1973, when he became a full-time writer.    Graves is the author of more than nineteen books, including biographies of T.E. Lawrence, A.E. Housman, the Powys brothers (John Cowper Powys, Theodore Francis Powys and Llewelyn Powys) and Richard Hughes. In 1999 he was awarded a Hawthornden Fello...
More about Richard Graves