Supernatural City : Tales of Survival, Spirituality and the Struggle for Power in Lagos
Tim Cocks

Supernatural City is a frantic, mystical journey through Lagos, Africa’s biggest metropolis and one of the most lawless places on earth. It goes beyond the media images of mad traffic, giant Pentecostal churches or crowded slums, and behind the riotous metropolis foreign businessmen see as armed escorts shuttle them from the airport to glitzy office blocks. This is the tale of the extraordinary lives Lagosians lead in order to survive a city that has broken down — and the religious beliefs and superstitions that help them cope.

* Based primarily around six main characters, my 90,000-word book will treat the reader to a visceral portrait of this darkly futuristic dystopia housing around 25 million people. Other megacities have been chronicled extensively, but this is the first time such a work has been attempted about Lagos. I aim to deliver by December 2020.

* My premise is simple: in order to navigate the chaos and violence of Lagos, its inhabitants rely on faith in an unseen spiritual realm. It is revealed in the secret shrines to West African gods and ancestral spirits, and in the iron-roofed churches or domed mosques dotting the skyline. The book also shows something universal about human nature in the face of uncertainty: our tendency to place faith in the irrational.

* Lagos is a harbinger of where our planet could be headed. While Nigerian billionaires import champagne, more than half the city lives in slums with no water. Every day it squeezes 1,500 new migrants from across West Africa — about one a minute — into spaces jammed between a rising Atlantic Ocean and a flood-prone lagoon. And the pressures that created it are reshaping the globe: by 2050 the world’s population will be 9 billion, 7.5 billion of them in cities.

*  My characters include a female street fighter in a male-dominated mafia extortion business, a scavenger on one of the world's biggest rubbish tips with a seemingly impossible dream of being a singer, one of Nigeria’s richest female oil tycoons who gambled her whole fortune on a televangelist's prophesy, and a powerful traditional chief involved in a deadly feud with another chief over billion-dollar real estate, among others. 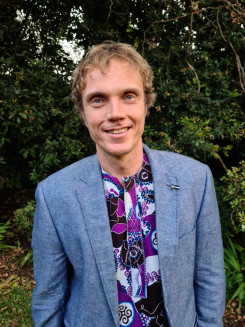 Tim Cocks is a Reuters journalist with a nearly two decades experience covering Africa, currently based in Johannesburg. He was previously Reuters West & Central Africa bureau chief for three and a half years, based in Dakar and before that  spent four years in Lagos as Nigeria bureau chief.             As a correspondent for Reuters since 2005, and a freelancer before that, he has covered two dozen African countries, including Uganda, Democratic Republic of the Congo, Central African Republic, Madagascar, Kenya, Liberia, and ...
More about Tim Cocks